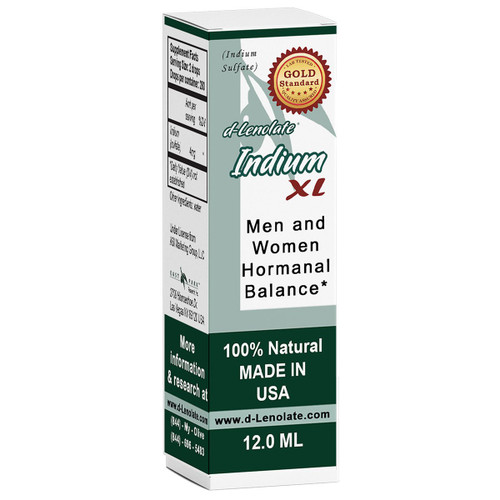 Indium XL® is what your body really needs to trigger its natural age-reversing, health enhancing capabilities.

The main difference, obviously, is the form these two products come in. Indium XL® is in a liquid form and Indium Energy® comes in tablet form. Also, Indium Energy® contains extra trace elements for people who do not take daily supplements.

Indium is a soft silvery-metal that does not dissolve in water until compounded by laboratory personnel.

It is the third heaviest molecular element known to be useful in nutrition, as Element No. 49. It is never found in food or water or in our bodies after 25 to 30 years of age. Indium is close to being the tenth most scarce of all available elements on the Periodic Table of Elements. It also connects the two largest groups of elements known to be beneficial to human nutrition. Indium is the true "Missing-Link" in anti-aging supplements.

Take two drops on the tongue in the morning. For best results, do not eat or drink for 20 minutes.

Store in a cool, dry place. Keep out of the reach of children.

Consult a healthcare professional before use if you have a medical condition, nursing, pregnant or if you are taking any prescription medications and/or over-the-counter drugs..